In all of Howard Gardner’s areas of his Multiple Intelligence (MI) theory, this is the intelligence that I feel is most associated with autism by the general public. This is a category of specifics, of the concrete, so it makes sense that this would be an ideal area for those on the autism spectrum.

Gardner describes this intelligence as being characterized by “confronting and assessing objects and abstractions and discerning their relations and underlying principles” (Human Intelligence, p. 22). In other words, logical/mathematical focuses on the ability to see the relationships between objects or items and what those relationships involve. As one could guess, this could easily involve a number of fields and areas of study.

One of the best examples of this intelligence in an autistic individual would be Jacob “Jake” Barnett. I first learned about him through his mother Kristine’s book, The Spark, a couple of years ago. Jake is now 19, has led TED talks, and is one of the youngest astrophysicists in the world (if not the youngest). In the beginning, though, experts in the autism field told his parents only of his limitations and what he would never be able to do. His mother decided to fuel his budding interest in science, and Jake blossomed into a highly intelligent, verbal, and well-adjusted young man. His areas of multiple intelligence are firmly in the logical/mathematical category. 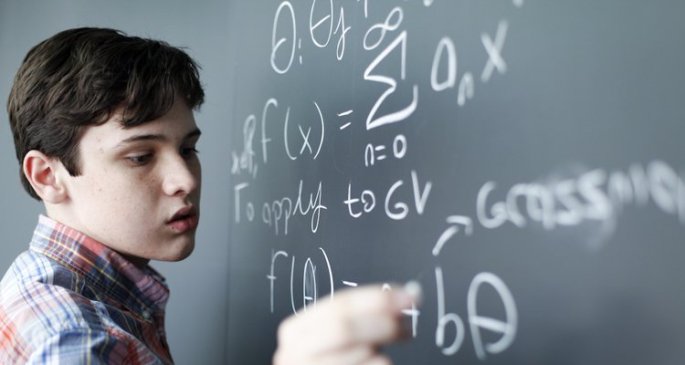 Naturally, scientists of all types and mathematicians fall easily into the logical/mathematical categories. Another great example in this category is Albert Einstein, who has long been suspected of being on the autism spectrum himself. It can easily fold into other areas of intelligence like spatial and naturalistic.

The next category up will be Bodily-Kinesthetic. If you missed my entires on Spatial, Interpersonal, Intrapersonal, Naturalistic, Musical, or Verbal/Linguistic, be sure to check those out as well. As always, you can go to my Classes page to see what services I offer.

Checklist of the characteristics and careers for those in Logical/Mathematical

One thought on “The MI Series: Logical/Mathematical”